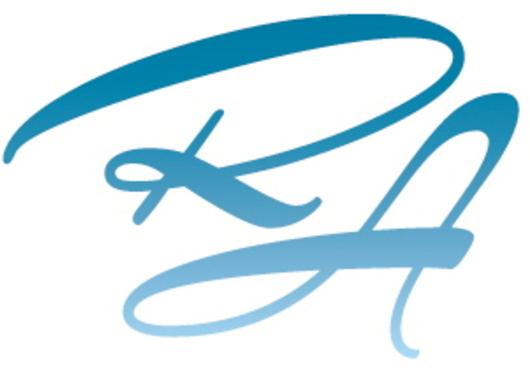 The Romanutti Agency is one of the best kept secrets in NYC for keeping your budget costs low when casting talent for commercials, print work, product announcements, and industrials.

The Romanutti Agency, founded in 1996 as Survival Jobs, has been providing talent to advertising agencies and public relations firms for their on-camera, voice-over, and spokesperson needs.

The Romanutti Agency will work directly with your account executives to soothe the stress of dealing with talent agents, managers, go-sees, and contracting.

The Romanutti Agency works for a flat fee on a job-to-job basis, based on the size and scope of the project or event, without requiring you to pay a retainer between projects.

The Romanutti Agency prides itself in having over 80 years of combined experience in the entertainment industry and 20 years as a casting office.

As a theatre and television technician, Ed brings years of diversity to the Romanutti Agency. He has worked directly with such icons as Robert Klein, Sally Jessy Raphael, Montel Williams, Rolonda Watts, Dr. Joy Brown, Judge Hatchett, Robin Leach and Dennis Miller, among many others.

Ed is a proud member of Actors' Equity Association and was in the acclaimed Broadway revival of The Most Happy Fella, toured in Annie: The 30th Anniversary and can be heard on the cast recordings. He was most recently in the Off-Braodway revival of Rodgers' & Hammerstein's Allegro, helmed by Tony Award-winning Director John Doyle. Television audiences have seen Ed on Rescue Me, Gossip Girl, and as the host of TV LAND's Really Big Shows. Other Broadway and Regional credits include Hairspray starring George Wendt, and Hairspray: Las Vegas starring Harvey Fierstein. He has been a soloist with the Lancaster Symphony Orchestra, the Roanoke Symphony Orchestra, and has featured character voices in the animated holiday special The Littlest Light On The Christmas Tree starring Jane Seymour and James Naughton, and David Manley's Up In Arms puppet musicals Helping Drew,  Monster Intelligence, and Welcome Park. His audiobook narrations include Angel of the Ghetto, a first-person account of Holocaust survivor Sam Solasz, and as the voice of Captain William Bligh from his personal journal titled After The Mutiny. He is also a featured character in the anthology recording of The Vault of Horror, winner of Audiofile Magazine's 2020 EarPhone Award. Principal roles include performances at the Goodspeed Opera House, Paper Mill Playhouse, Walnut Street Theatre, Theatre Under The Stars Houston, Westchester Broadway Theatre, Classic Stage Company NYC, Ogunquit Playhouse, Arkansas Rep, The Alliance, Pioneer Theatre Salt Lake City, Maine State Music Theatre, Jupiter Dinner Theatre, The Palace, Westbury Music Fair, Valley Forge Music Fair, Riverside Theatre, Stages St. Louis, Merry-Go-Round Playhouse, Sugar Loaf Performing Arts Center, Trump Plaza Atlantic City, Forestburgh Playhouse, Mill Mountain Playhouse, The James Doolittle Los Angeles, The Norma Terris Theatre, and many others.
He holds a degree in Theatre from the University of Southern Maine.

Joyce A. Presutti is an award-winning Director and Choreographer, receiving Critic’s Choice Awards for multiple productions as a Director, Choreographer and Actress, has been nominated for 3 Broadway World Awards for her Direction of Fiddler on the Roof, Footloose and The Miracle Worker and is an American Theatre Wing's Tony Award®-nominated Theatre Educator for the Inaugural Tony Award for Excellence in Theatre Education presented by the American Theatre Wing's Tony Awards® and Carnegie Mellon University.

She has performed on Broadway, in National Tours, and at leading Regional Theatres, appearing on stage with such talents as Angela Lansbury, Neil Patrick Harris, Anne Hathaway, Barbara Cook, David Hyde Pierce, and Whoopi Goldberg. She toured Europe in My Fair Lady with Maximillian Schell and played opposite Rebecca Storm in Evita. Joyce has had the pleasure of sharing the stage with Jack Jones and Ron Holgate as The Housekeeper in the National Tour of Man of La Mancha. She created the role of Eugenie Besserer in the American Premier National Tour of Jolson: The Musical starring Mike Burstyn. Joyce was thrilled to work with Tony Award-winning composer Maury Yeston, creating the role of Mrs. Knudson in the American Premiere of Hans Christian Andersen. Some of her favorite roles have been as Sister Margaretta in The Sound of Music starring Debby Boone, Madame Giry in Phantom of the Opera for TheatreworksUSA (original cast recording), Mama Morton in Chicago starring Mark Jacoby, Aunt Eller in Oklahoma!, Emma Goldman in Ragtime, and Mrs. Charlotte Drake Cardoza in Titanic. Joyce sang in the Broadway Ensemble of Children and Art at the New Amsterdam Theatre in NYC performing A Tribute to Stephen Sondheim on the Eve of his 75th Birthday. Joyce received the Critic’s Choice Award for her portrayal of Annie Sullivan in The Miracle Worker and toured nationally as Nurse in Romeo & Juliet. She can be heard on countless demo recordings of new musicals and as one of the voices in the animated film: The Littlest Light On The Christmas Tree with Jane Seymour and James Naughton, as well as over 100 commercials, voice-overs, and corporate training films. Joyce is proud to be one of the voice-over artists with Up In Arms Puppets, voicing Mrs. Tector for the Critically-Acclaimed Anti-Bullying story Helping Drew, Welcome Park as Dog and as Sports Monster in Monster Intelligence, a full length Broadway-Style puppet show.

As a Director/Choreographer, Joyce’s work has been seen in New York City, on National Tours and in leading Regional Theatres throughout the country. She has directed and/or choreographed such shows as the National Tour of The Fantasticks and the National Bus & Truck Tour of Grease. In NYC she has choreographed Phantom of the Opera for TheatreworksUSA and choreographed a new adaptation of Les Misérables which played Town Hall. Regionally her work has been seen at Maine State Music Theatre, Mountain Playhouse, The Portland Players, Shawnee Playhouse, Circa 21 Dinner Theatre, Neil’s New Yorker, and locally at Mount Saint Mary College, Meadow Hill School, Newburgh Free Academy, and Washingtonville High School. Joyce’s work has been critically acclaimed for her skills as a director and choreographer while in residence at The Theatre at West Shore Station in Newburgh, NY. Joyce is most proud of her productions of Les Misérables, Songs for A New World, Godspell, The Sound of Music and Fiddler on the Roof, where she was able to hire and direct Broadway Performers as Guest Stars, giving her local actors a chance to work alongside professional actors, growing their skills and creating great memories. Joyce is proud to have brought theatre to Bannerman Castle on Bannerman Island in the Hudson River through her association with Neil Caplan. She has directed Godspell, Brigadoon, Man of La Mancha, starring Tony -nominated Broadway Star Mark Jacoby, and Broadway Stars Craig Schulman and Marni Raab in Camelot. She is proud to be a part of the restoration of this important historical island.

As a General Manager and Company Manager, Joyce has stretched her theatrical knowledge to include the business arena of show business. Through her association with Lankey & Limey Ltd., an international production company serving the corporate, political and entertainment industries with creative and technical support, she has served as a coordinator on such prestigious events created especially for Microsoft, Pepsi, Chevron, The Manhattan School of Music, and the Clinton Global Initiative in NYC.

Joyce is a Private Acting Coach in NYC whose students regularly appear on Broadway, National Tours, on Television and in Films. She developed the New York Musical Theatre Intensive, and authored the Maine State Music Theatre Intern Handbook. Always looking for ways to include everyone in Live Theatre, Joyce developed and implemented The Touch Tour, designed specifically for Sight-Challenged children to be able to “see” a show from backstage before experiencing the show from the audience. This program has won the admiration of many students and teachers across the nation. Joyce continues to mentor new, emerging talent, coaching students for college auditions, and offering seminars to parents of young children looking for early professional career opportunities. She has lectured and produced Master Classes at high schools and colleges throughout the United States, in Germany, Sweden, and Japan on The Business of Show Business, Performing as a Career, and Auditioning for the Professional Theatre. Joyce created the Just Off Broadway Professional Training Academy which carried on Joyce’s passion for the importance of Arts in Education. With Joyce’s guidance, students learned the importance of a solid education and she is proud to say that her students regularly are admitted to top Colleges and Universities with concentrations in the Arts.

Joyce is one of the collaborators and director of a new musical, The Pond Beyond The Meadow, currently in development and preparing for its first full-scale production. And together with long time mentor and collaborator, Rob Barron, she is working on a new musical based on the heartwarming book The Angels on My Tree by Lu Ann Kaldor.

Joyce is a proud Union member, belonging to Actors Equity Association and the Stage Directors and Choreographers Society. Joyce is proud of her work with Broadway Cares/Equity Fights Aids as a coordinator and Committee Chair for many events raising tens of thousands of dollars for this most worthy cause. She keeps her hand in the business end of the theatre by attending the Commercial Theatre Institute in NYC, meeting and working with producers and other artistic directors from around the country. She is a member of Broadway Producer Ken Davenport’s Producer’s Perspective Pro, is an Associated Member of the prestigious National Alliance for Musical Theatre (NaMT).